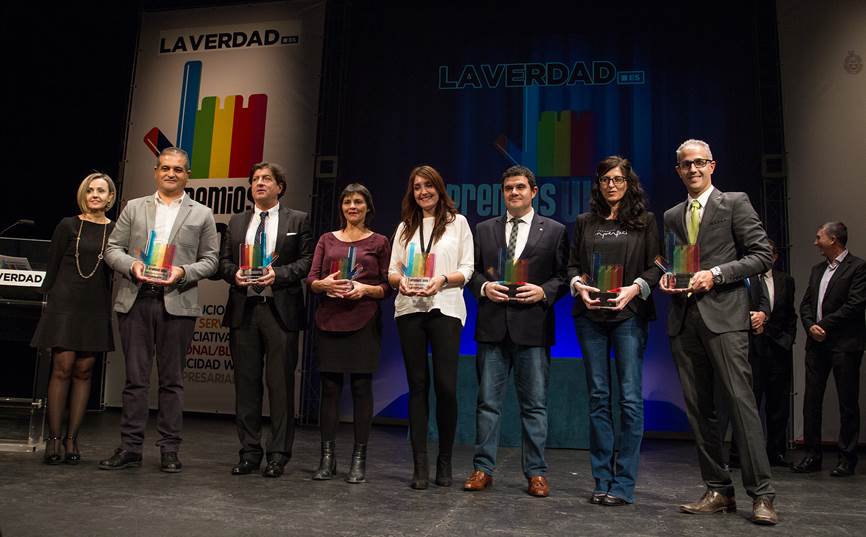 Subus Alicante is in a good moment. And that´s for yesterdat we recive the award to the best Company Web at La Verdad Awards of Alicante. At the gala that was celebrated at the Main Theatre of Alicante and presented by the monologuist Sara Escudero we knew the great new. A recognition to the technique complexity of our web, where user can consult the lines at integrated maps, see all the information of bonus and prices, download documentation, see the points of sale geolocation and receive alarms about incidents of the service.

This awards have the objective of stand out web works made at o since Alicante province. A way to value the talent that is in our territory. For that, La Verdad organize for seven years this call: to reward the best companies, associations, institutions or personal webs. Besides, there are a trophy for best publicity campaign and special award José Picó to an institutional or associative web project.

More than 500 persons go to the gala of the VII Web Awards of La Verdad, where also have a award others projects like Amacmec, Brantube, Turismo Villena and Imperfectas. The best publicity campaign was “Ser donante” of Generalitat Valenciana.

At the event came a lot of personalities of companies, culture, university and politics. The Mayor of Alicante, Gabriel Echávarri; the president of Diputación, César Sánchez; and the Mayor of Elche, Carlos González were some of them.

The report of the event can be read at La Verdad web and also you can see the photos that are witness of that great night when alicante.subus.es received the award of best company web.